What does it take to become an Olympian? We know the obvious answers: incredible talent, years of dedication and arduous training, the good fortune to be injury-free and at the top of your game when it counts. In July, at the U.S. Olympic Track & Field Trials, I watched all those elements come together for dozens of athletes at Hayward Field in Eugene, Oregon. Ashton Eaton won the decathlon. Galen Rupp and Molly Huddle won the 10,000-meter finals. Allyson Felix won the 400. It was awe-inspiring to watch them earn their glory. They'll all be going to Rio. But because the margin between third and fourth place (the top three in each event make Team USA) can be so small, I was reminded that glory can be complicated and that the Olympic flame is partially fueled by failure.

At the last trials, in 2012, Julia Lucas finished fourth in the 5,000-meter final by .04 seconds, the smallest margin by which any U.S. distance runner had ever missed making an Olympic team. It was a 12-lap, 3.1-mile footrace that came down to a photo finish. Lucas retired in 2015 and is now a coach with the Nike+ Run Club in New York City. I met her in Eugene at a Nike training camp that included an evening track workout she coached us through at Hayward Field. The next day, as we sat in the stands watching the decathlon, looking down on the finish line where her Olympic dreams had been shattered four years earlier, Lucas told me about the race. 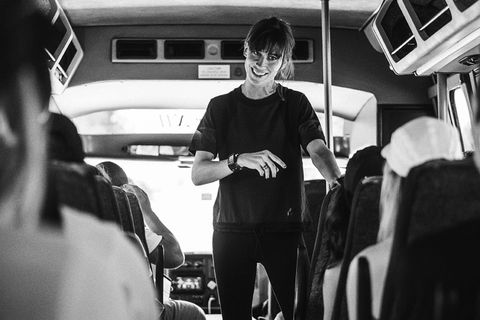 Julia Lucas with a Nike training group in Eugene in July.
Nike

Coming in, she had run the field’s fastest time that year, 15:08.52, which earned her the Olympic A standard required for making Team USA. At 28, she was enjoying a remarkable year after enduring lots of hard ones. She had battled seven stress fractures and even briefly quit the sport. But now, all she had to do was finish in the top three and she’d be London-bound.

It was a sellout, with more than 20,000 fans. As a member of the Oregon Track Club, Lucas was a crowd favorite. Her coach, Mark Rowland, told her to remain in midpack but to stay in contact with the leaders until three laps to go. Then, if she felt good, she should make an assertive move. When she did just that, the Hayward faithful roared. “It felt like magic,” she told me. “It felt like flight.” But gravity kicked in at the end. “The last hundred meters took a really long time,” she said. “My body rebelling, I had my eyes fixed on that finish line for a hundred years, trying to make it come to me. And it just wouldn’t come.”

In the last step of the race, Kim Conley caught her from behind. “I didn’t know she was coming,” Lucas said. “The crowd was so loud I couldn’t hear anything.” Although Lucas’s foot crossed the line first, Conley leaned so her chest crossed before Julia’s. In track, that’s what counts. “She went to the Olympics, and I stayed home.” Because Lucas had pushed a fast pace, Conley achieved her A standard by .21 seconds. Her joy—and that of the first two finishers, Julie Culley and Molly Huddle—was ignited by what Lucas calls her own “spectacular failure.”

In the months after, Lucas engaged in various “coping mechanisms.” Inside her upper left arm, she got a tattoo of an arrow—the kind you’d find in an archer’s quiver. I asked her about it, and she said it was to “help me get out of my rut. It means ‘Go Forward.’” Over the next two years, she got in the shape of her life and ran a PR in the 1500 meters. “I was training hard, doing everything I was supposed to do,” she said. “But I felt like I was going through the motions. I felt a little dead behind the eyes. That fire just wouldn’t come back. Some runners say that inspiration comes from within, that it’s about reaching their own goals. It’s not like that for me. I want the connection with people, the feeling of being locked with competitors in a sisterhood." 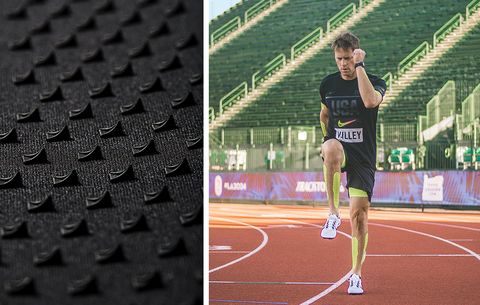 It took a while for her to make sense of it all. But she did. “Eventually I realized that my trials failure was as big an impact as I was going to make on the sport," she said. "I brought Hayward Field to its feet—a goal of every runner—and then Hayward Field was totally silent, looking at the scoreboard waiting for my result. That doesn't happen very often, either. I don't think a traditional victory would have that kind of meaning. What is sport if not for creating meaning and impact? It wasn’t a fairytale ending, but I’m damn proud of my impact on the sport, and I think there’s value in that spectacular failure that’s as great as a victory could be.”

Make no mistake: Lucas wishes she had won that race and run in the Olympics. “But I now understand that failure can be more of a beginning than the end of something,” she said. “I used to have very simple goals—to run fast and win races. That was success. Now that I’m retired, I allow in more complexity. I get to think about what it all meant, and about this odd little world that I got to spend most of my life in, that grew me up. Now I can appreciate the dark spots.” 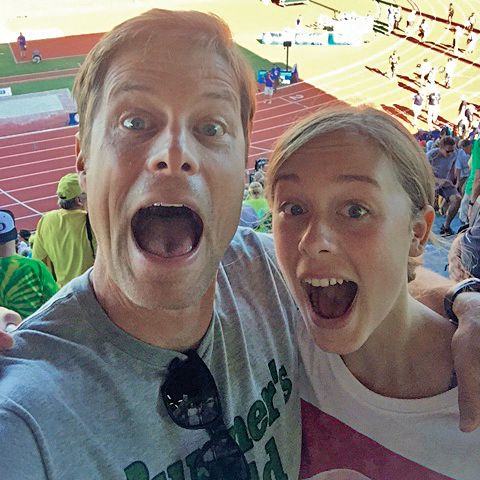 Lucas has been running since she was 14. A few weeks after her trials nightmare, her father, Scott, wrote a piece about the race on a website called Creative Loafing. “I could not be more proud of my daughter,” he wrote. “Did crossing the line fourth make Julia a loser? For that day, yes. Would crossing the line a second sooner have made Julia a winner? Yes, for that day. What makes Julia a winner in the long-term—a lifetime—is her courage and resilience; her ability to rebound and reassemble and remake herself for all the many tomorrows left to come. I look forward to her next rising.” Coincidentally, I had brought my 14-year-old daughter, Lola, to the trials with me. She is a beautiful runner who inherited her mother’s strong, fluid stride. At the time, she’d been considering going out for track in high school next year. I hoped she would be inspired by watching her heroes—especially Allyson Felix—achieve their dreams. And she was. But Lola was also sitting next to me while I talked with Lucas about the value of failure—or what looks like failure at first but later, with perspective, turns into pride. I’m glad she took that home, too.

The next day, Kate Grace, Ajee Wilson, and Chrishuna Williams qualified for Rio in the 800 meters. Molly Ludlow finished fourth—by .04 seconds. But you should’ve heard the crowd roar.

David Willey is the editor-in-chief of Runner's World and the host of The Runner's World Show podcast. Follow him on Twitter at @dwilleyRW and read more of his writing at runnersworld.com/editor.

The Top 10 State Parks, According to Google Maps