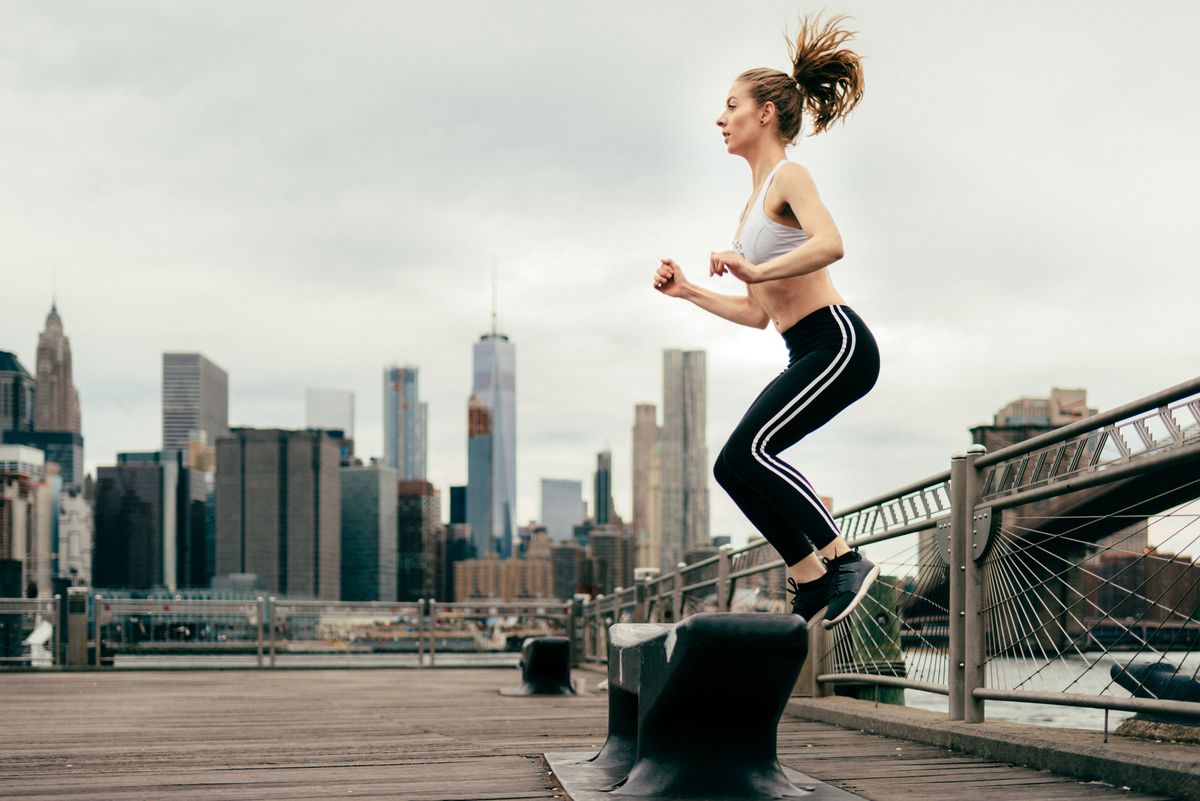 There’s a reason why elite runners are often compared to gazelles—the speedy, long-distance runners of the animal world. They bound so effortlessly, it’s like they have springs under their feet.

That bounce is key to being a faster, more efficient runner. “When I think of springiness, I think of muscle tension or the ability to produce power,” says Danny Mackey, head coach of the Brooks Beasts, one of America’s premier middle-distance track teams. 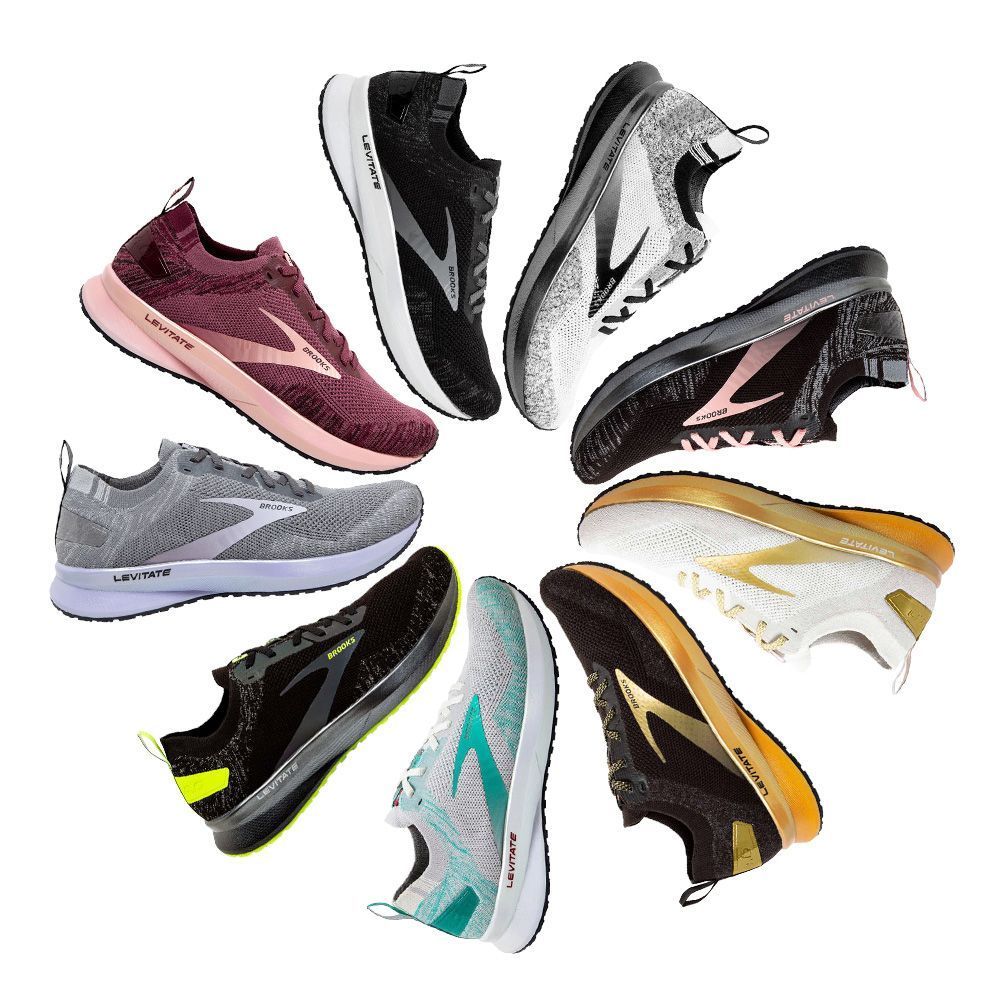 Your muscles and tendons are elastic, meaning they lengthen and shorten like a rubber band. When they stretch (when your foot hits the ground during a run), they store energy; when they recoil (when you push off the ground), they release that energy.

Plyometrics (exercises where you quickly and repeatedly stretch and contract muscles by jumping and rebounding) and other explosive motions can help increase that capacity, research shows. These types of exercises train your reactive strength, or your muscles’ ability to deliver the max amount of force in the least amount of time. “Not only will that make each stride more powerful, it keeps you at a lower risk for injury,” says Mackey. “It also keeps training fun.”

Perform each move below as directed. Mackey recommends incorporating all five into your training every other day. “Our bodies are awesome at adapting, and you’ll see the results pretty quickly, even in your easy runs,” he says. 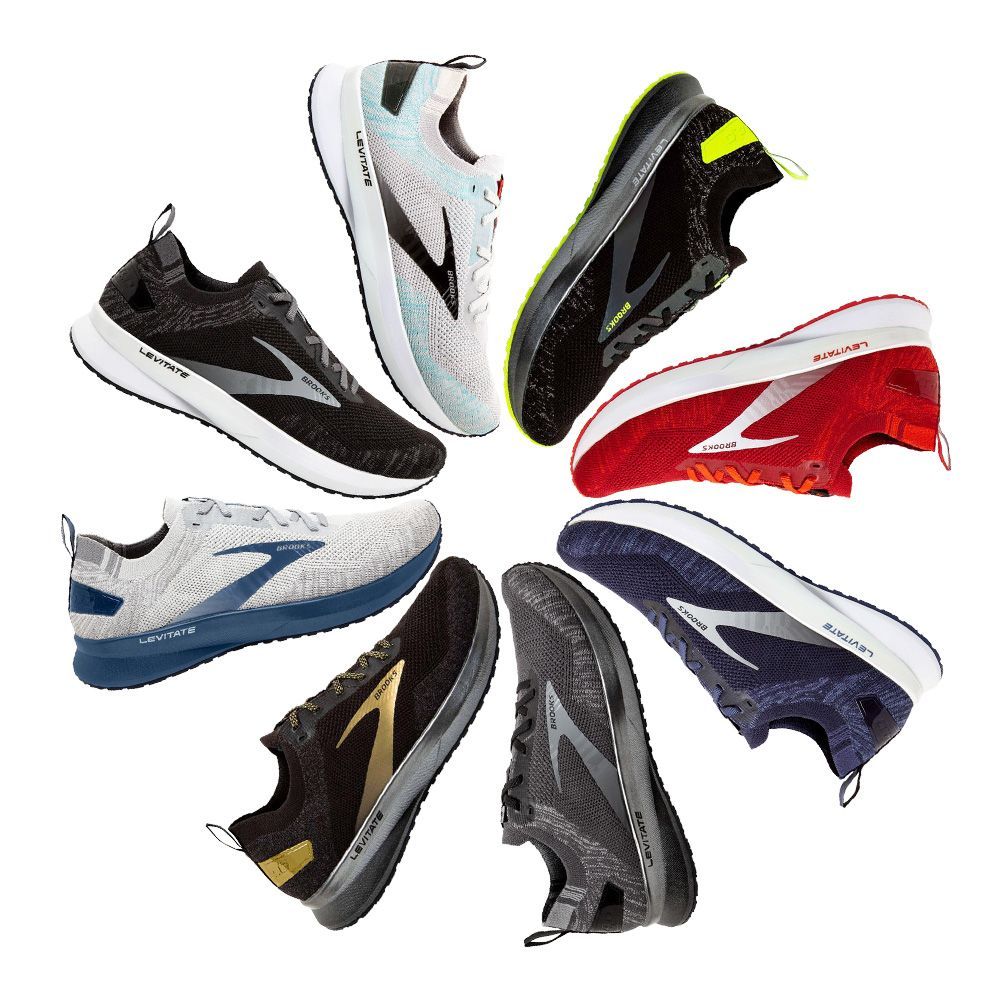 You can do these moves as part of your warmup (just make sure you’re at least a little warmed up before doing Pogos and Single-leg Stride Hops), or your cooldown.

Want to get even more bang for your buck? “Do an 8-second uphill strider immediately after each move,” says Mackey. “That will really help parlay the mechanics of these moves into your run.”

For an added boost, lace up a pair of the Brooks Levitate 4. It features an updated outsole geometry and is loaded with Brooks’ best energy return cushioning, yet it’s 20 percent lighter than previous models. Simply put, that means even more springy bounce to your step, with a faster heel-to-toe transition for a more efficient stride overall.

How to do it: Lie face-up on the ground with knees bent, feet flat on floor, arms resting at sides. Extend your right leg either toward the ceiling or straight out (depending on your strength and flexibility). Lift left toes so you’re on your heel. As you quickly drive your hips toward the ceiling, roll from your left heel to your toes. Slowly lower back down. Repeat 10 times then switch legs.

Why it works: Running is a series of single-leg movements, so unilateral exercises are key for building strength. This variation of a hip thrust targets your glutes, hamstrings, and calves in the same way toeing off in the gait cycle does, says Mackey. “Your brain likes to have these cues, and the more you reinforce this motion, the easier it will be to tap into it when you’re running.”

How to do it: Begin by standing with feet slightly wider than hip-width apart. Lift up onto your toes, reaching your arms toward the ceiling. As quickly as you can, drop your arms down to your sides while simultaneously dropping your heels toward the ground and sending hips back into a high squat position. (This motion is similar to using a ski erg). Hold that position for a few seconds, then return to start and repeat 10 times.

Why it works: “I use this a lot as a prep-type drill before any sort of Olympic lifts or sprints,” says Mackey. “I like it for explosive work because you’re taking your body weight and essentially catching it before you fall. Runners don’t do a lot of that eccentric work, but it’s a really good way to build power.”

How to do it: Stand with feet together. Jump rapidly up and down in place, keeping feet in a dorsiflexed (toes up) position. Land on your mid-foot to the ball of your foot and aim for a snappy reaction to the ground, which will drive you into your next hop. Repeat 20 times. (You can also perform these on one leg at a time.)

Why it works: This move really zeroes in on building up that tension and power in your lower legs, says Mackey. The spring should come from your calves, so don’t bend your knees too much. And “don’t worry so much about how high each hop is,” says Mackey. “Focus more on the frequency of your hops”—that’s what’s going to give you more springiness over time.

How to do it: Start in a forearm plank position, elbows directly underneath shoulders, feet hip-width apart, and back flat. Extend left arm and right leg out straight, then, as quickly as you can, curl in to bring your left elbow to touch right knee. Hold for a second, then explosively drive your arm and leg back out. Repeat 10 times, then repeat on the opposite sides.

Why it works: Your legs get most of the credit in running, but your core is your real powerhouse. This plank variation adds an extra balance challenge to an already classic exercise, while also tapping into your posterior chain on the extension part of the move, says Mackey. 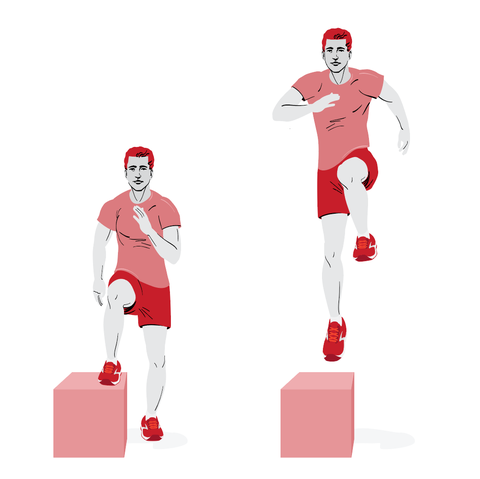 How to do it: Stand to the right of a bench or box and place your right foot on top of the bench or box. Drive your left knee up, pushing off the bench so your whole body is in the air (your arms should mimic the form of an arm swing while sprinting). Catch yourself slowly as you come back down. Repeat 10 times on each leg.

Why it works: This move hits a couple major power-building elements: “It’s unilateral; it isolates your quads; you’re really working your hip flexion, which is important when it comes to speed; and you’ve got to move your whole bodyweight, which is tough,” says Mackey.

Ashley Mateo
Ashley Mateo is a writer, editor, and UESCA- and RRCA-certified running coach who has contributed to Runner’s World, Bicycling, Women's Health, Health, Shape, Self, and more. She’ll go anywhere in the world once—even if it’s just for a good story. Also into: good pizza, good beer, and good photos.

From Runner's World for TrueForm

A Curved Treadmill Might Just Be What Your Indoor