Fact: Your gluteus maximus is the biggest muscle in your body. So when it’s strong and ready for action, it can offer a big boon for your running.

The problem is, many runners struggle to properly fire up their glutes muscles, which also include two smaller ones, the glute medius and glute minimus. This can lead to a host of issues including pain, form errors, increased risk of injury, and decreased performance.

Not knowing how to properly activate your glutes is an “incredibly common” issue among runners, says physical therapist Colleen Brough, P.T., D.P.T., director of Columbia RunLab. Brough even has a term for such folks: “glute amnesiacs.”

The good news: With simple glute activation drills, you can learn how to properly engage this all-important muscle group so you can run stronger, more efficiently, and ache-free.

Ahead, everything you need to know about glute activation for runners, including the benefits, simple mind-muscle drills, and mini band exercises you can try today before you hit the streets.

Why Glute Activation Is So Important for Runners

Your glutes play a big role in running. And when they’re not strong and/or activated correctly, well, a lot can go wrong. For one, research shows that runners who tend to have lower-half injuries (like Achilles, hamstring, and hip flexor strains) also tend to have weakness in the glute max and glute medius, says Brough.

Now, we can’t go so far as to say glute weakness causes these injuries, but it’s been theorized across research, and Brough has seen in her own experience at the RunLab, that weakness or impaired neuromuscular control of the glutes increases the amount of work that the hip flexors, hamstrings, and calf muscles take on while you run. This increased work can lead to pain and injury, especially when runners increase their pace or volume.

Additionally, runners with weak glutes or poor glute activation tend to have flawed running form. Two common form errors related to weak glutes are “excessive pelvic drop” (in which you land on one leg and the pelvis drops to the opposite side) and drifting knees (in which you land on one leg and that knee drifts inwards), says Brough. These form flaws, when combined with weak glutes, can lead to injury. They’re also just not an ideal way to run as they steal energy away from your stride, leading to inefficiency.

Another reason glute strength is important? Improving it can boost your speed as a runner as well as your stamina in long-distance events, says Janet Hamilton, C.S.C.S., exercise physiologist and running coach with Running Strong in Atlanta. As a runner, your glutes are the “seat of your power,” she explains, so by upping your glute strength, you can also improve your ability to run faster and stronger. In Hamilton’s experience, most runners who struggle with glute activation have weak glutes from the start.

That said, some athletes have strong glutes, but don’t know how to activate them while running. This disconnect can lead to the hamstrings and the erector spinae (muscles that run vertically up the back and protect the spine) taking on too much work, says Brough. In other words, having strong glutes alone isn’t enough—you also need to know how to properly activate them if you want to reduce your risk of pain and injury.

Try these three drills from Brough to make sure those glute muscles engage properly with every step. She describes them as “homework during your run.” These cues, she adds, are especially helpful if you do them whenever you feel pain while running.

For a couple minutes each at the start, midpoint, and end of your run, squeeze your glute muscle every time your foot hits the ground. “Think about it as queuing up the glutes,” says Brough, who describes this drill as a “little reminder of what should be activating.” Ultimately, this activation should become second nature and happen throughout the entirety of your runs.

For a couple minutes each at the start, midpoint, and end of your run, lean forward slightly as you stride. Make sure the lean comes from your ankles, not your trunk or hips. This drill, which helps runners achieve more hip extension, puts the glute muscles in a position that makes it more advantageous for them to actually fire, explains Brough. Just like glute push-off drill, this should eventually become something you naturally do the entirety of your runs.

Like we mentioned, runners with weak and/or poorly activated glutes can have the form errors of excessive pelvic drop and knees that cave inward. One solid way to correct these this, according to Brough, is to get on a treadmill facing a mirror and have someone place pieces of athletic tape (or another type of marking) on the mirror right where each hip bone sits, as well as right over each kneecap. There will be four markings total. Start running and use the markers to evaluate whether you have excessive pelvic drop and/or drifting knees. If yes, make adjustments to correct these form errors with these glute activation drills and glute strength exercises.

Glute strengthening exercises do double-duty by improving both your glute strength and glute activation abilities. Here, three glute exercises from Brough that you can do before your next run for stronger, more fired up glutes. You’ll need a mini band for all three, as well as a kettlebell or dumbbell for the deep goblet squat.

How to use this list: Pick two of the following moves. Start with 5 reps and 2 sets of each; progress to 12 reps and 2 to 3 sets. 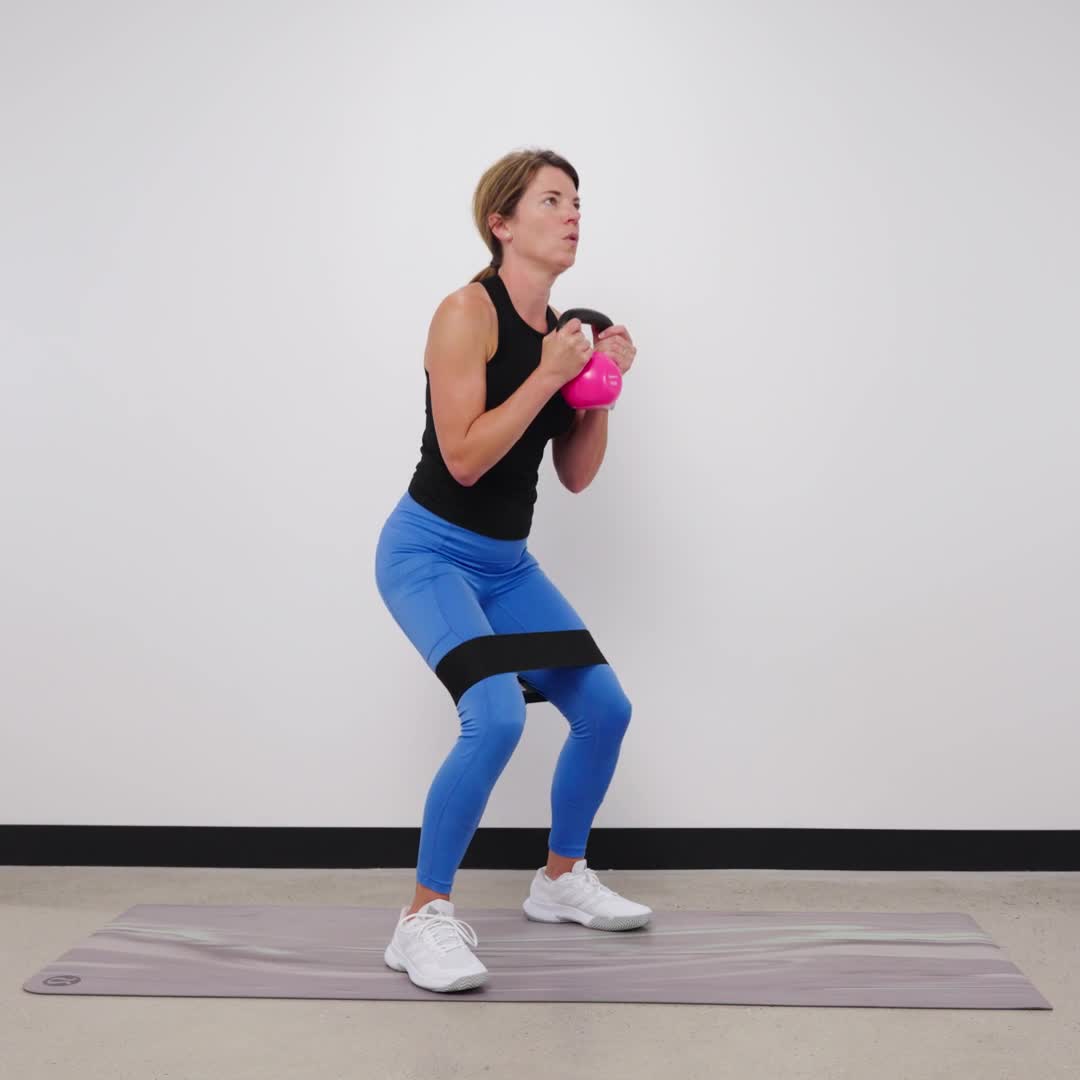 Place a mini band just above knees. Hold a medium-weight kettlebell or dumbbell at chest and stand with feet slightly wider than hip-width apart, toes pointing slightly out. Push hips down and back and bend knees like you’re sitting in a chair, lowering into a squat. Sit back until knees form 90-degree angles (or as far as your mobility allows). The mini band will try to pull knees inward but engage glutes to prevent that from happening. Pause for a moment at the bottom of the move, then press through feet to stand back up. Repeat. 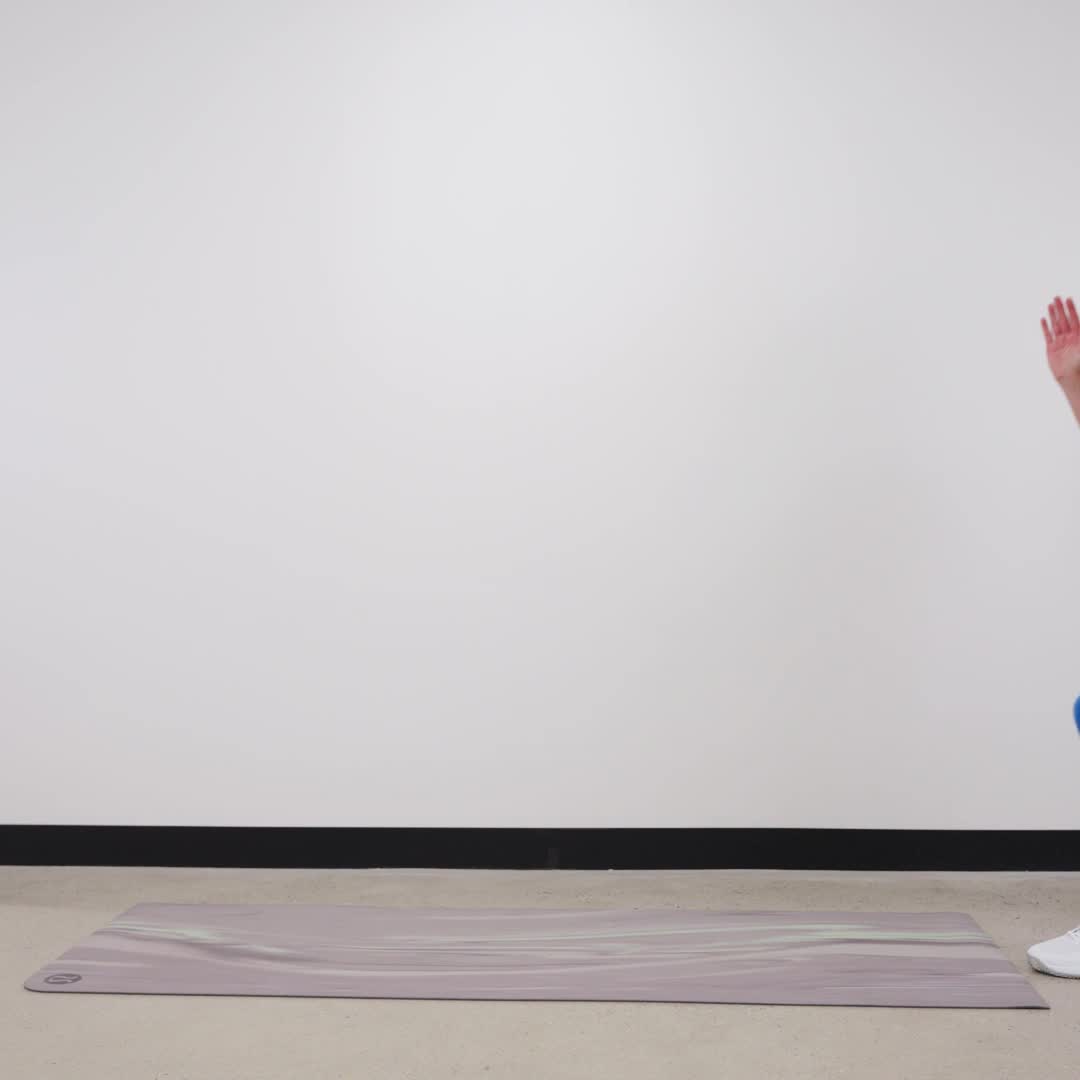 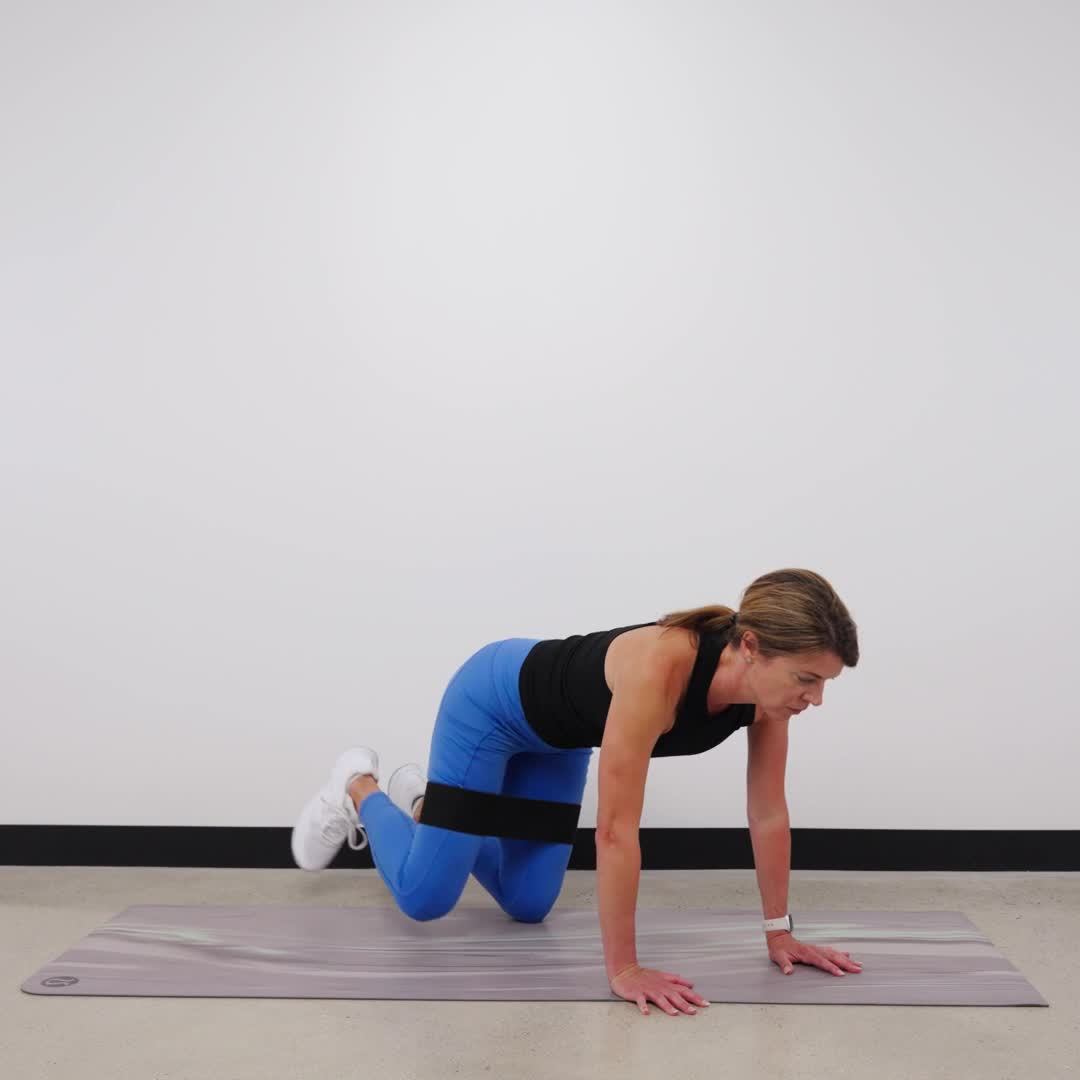 Place a mini band just above knees and get on all fours with wrists directly under shoulders and knees directly under hips. Keeping the rest of body as still as possible, lift left knee out and up to the left as far as your mobility and strength allows, without dropping hips or leaning to opposite side. Pause, then slowly lower leg back down. Repeat. Then switch sides.

Listen to This Chill Playlist During Your Taper

What Runners Should Know About Atrial Fibrillation